The Independent Inquiry into Child Sexual Abuse (IICSA) published its report into sexual abuse of children in custodial institutions on the 28 February 2019.

END_OF_DOCUMENT_TOKEN_TO_BE_REPLACED 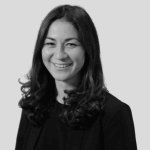 As the IICSA calls for core participants in the investigation involving Nottinghamshire Councils, we summarise recent and forthcoming developments in relation to IICSA investigations. For information summarising the scope of all the various investigations please refer to our previous blog of 3 January 2017 by clicking here.

Children in the Care of Nottinghamshire Councils –

Following consideration of the factors above, the Inquiry will publish a report setting out their findings and recommendations to improve child protection and safeguarding in England and Wales.

The Inquiry is not currently accepting Core Participant applications or requesting evidence for the following investigations:

There are no further updates in relation to the other investigations.