The weekend’s press carried some negative initial reaction by Scottish claimant firms and a survivor organisation to the statutory redress scheme which the Scottish Government’s Survivors (Historical Child Abuse in Care) (Scotland) Bill proposes to establish.

This initial reaction focused on the proposed interaction between a claim for statutory redress and a claimant’s right to seek compensation in Scotland’s civil courts. The legislation as introduced requires survivors to waive their right to claim civil compensation if they succeed in a claim for redress.

One claimant solicitor publicly commented that “Forcing an abuse survivor to waive their rights is our worst fears confirmed. Rather than helping survivors secure justice, this is an absolute gift to the organisations and insurance companies who otherwise will be forced to pay larger settlements.” These comments are in the context of the legislative proposal of four possible financial levels of redress – £10,000, £20,000, £40,000 or £80,000 – in exchange for a waiver.

Another claimant solicitor publicly described the proposed statutory scheme as “outrageous” adding that “Survivors are being bribed. They are being pressured to make a choice in a very complex area of law which will have a profound impact on their lives.”

A spokesperson for INCAS (In-care Abuse Survivors) described the requirement for a waiver as “unacceptable” while a Scottish newspaper lead editorial concluded “disturbingly, this system would mean that children told to keep quiet by abusers are now being ordered to stay silent again.”

A ministerial statement on the proposed scheme is to be given in the Chamber of the Scottish Parliament this Wednesday afternoon. Our further analysis of the bill and the developing reaction to it will follow shortly thereafter. 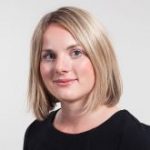 Disclaimer: This document does not present a complete or comprehensive statement of the law, nor does it constitute legal advice. It is intended only to highlight issues that may be of interest to customers of BLM. Specialist legal advice should always be sought in any particular case.