On 21 November, 11 people, six women and five men were remanded on bail to appear before the Central Criminal Court in Ireland to face up to 220 charges of rape, sexual assault and neglect of children.

Their bail conditions provide that they must not contact the alleged victims either directly or indirectly, or via social media. They must also surrender their passports and not apply for new travel documents. They are required to sign on weekly at different Garda stations and notify Gardaí of any change in their address. The Court also directed that they must be available to Gardaí at all times via a charged and credited mobile telephone number.

The Court advised each accused that they had 14 days from the date of the hearing to inform the State of any persons they may seek to call upon to act as an alibi witness at their trial.

The charges came following a Garda investigation into child sexual abuse and sexual exploitation which has been ongoing for the last two years.

The charges relate to seven young victims and the offences are alleged to have occurred on dates between 2014 and 2016.

The charges before the court are as follows:-

Strict reporting restrictions are in place to prevent identification of the alleged victims.

Each accused was granted free legal aid and the Court granted 11 separate applications that they each be provided with a solicitor and two legal counsel to represent them at trial. 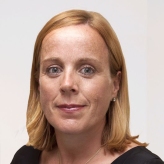