On 7 November IICSA published the Truth Project Thematic Report on child sexual abuse in the context of children’s homes and residential care.

Readers of the Blog will be familiar with the Truth Project, which was established to hear in private from the victims and survivors of child sexual abuse about their experiences.

Some participants in the Truth Project consent to IICSA using information gained in these private hearings for ongoing research and analysis which is carried out by IICSA’s Research Team.

This report is based on information provided to the Truth Project between June 2016 and March 2019 and considers the experiences of victims and survivors who were sexually abused in children’s home and residential care settings between the 1940s up to the early 2000s.

Key findings that are notable from the research carried out are as follows:

Those who participated in the research made a number of suggestions to improve child protection and assist victims and survivors of child sexual abuse in future.

They suggested that there should be better communication between residential care agencies, and that it should be easier for victims and survivors to access their own information regarding their time in care.

They said that there needed to be greater awareness of child sexual abuse amongst children and young people, and that the power around people in positions of authority within residential care contexts needed to be challenged.

Victims and survivors thought that residential care needed to value and nurture children and that children with disabilities should be better looked after within the system.

It is worth noting that the research report was prepared at the request of IICSA’s Chair and Panel but the information presented in Truth Project research does not constitute formal recommendations by IICSA and is separate from legal evidence obtained in investigations and hearing.

When IICSA makes it final recommendations then we will see how persuasive this report and the underlying research has proven to be. 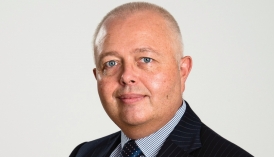