New legislation has been proposed which, if enacted, could pave the way for a state-operated fund in the state of New York. It is anticipated that the fund would be used by victims and survivors pursuing child abuse claims, as well as non-profit organisations that help survivors in doing so.

Whilst the Child Victims Act has enabled many victims and survivors to file lawsuits against their abusers, some survivors who are looking to pursue cases against those of limited means are having difficulty finding lawyers who will take on their cases. It is hoped that the fund would directly help these people and alleviate some of these issues.

One survivor complained they were told by attorneys that they cannot represent her as she was “not a Boy Scout, or a priest didn’t do it. There’s no money in it.” Another was told that a firm would no longer be able to represent her because she would “only be able to get in the hundreds of thousands, not in the millions.”

However, New York attorneys have pointed out that in some cases it is impossible to make a recovery from the abusers, with Cynthia LaFave of LaFave, Wein & Frament commenting, “I would love to bring lawsuits against all of the individuals, but when there’s nothing that can be changed by doing so, we have to explain that to the clients.”

State lawmakers propose that the fund will be made up of donations by New Yorkers, with provision for them to also make donations when they file their taxes. They also expect to impose a fine of $1,000 for those convicted of child sex crimes, which would be used to add to the fund.

The proposed bill is expected to return to the New York State Senate in Albany in January 2020. 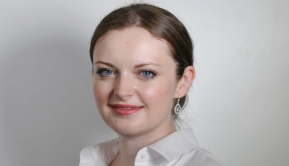