Phase 1 of the residential schools investigation will begin on 30 September. The hearing is due to last for two weeks and during the hearing regard will be given to the following:

The closed schools report will look at “significant and inexcusable breaches of trust and serious failures” in eight schools which either no longer exist or are under different management. This report has been collated based on information in the public domain. That information is described as showing a “woeful failure …to adhere to the most basic standards of humanity and care of children…; to provide warmth; to provide somewhere safe to live; and for young people to be free of the threat of violence and sexual abuse.”

Following publication of the report on day one of the hearing, and the opportunity for core participants to make submissions in connection with the same (although there will be no oral evidence) the hearing will then move to first consider residential specialist music schools. Issues to be considered include culture, the impact of a hoped for long term professional music career, 1-1 tuition, the imbalance of power between teacher and pupil and the grooming, not just of children but of their families too. Four music schools are being considered – Cheethams, Purcell, Wells Cathedral and the Yehudi Menuhin School.

Once the evidence has been heard about music schools, evidence will be heard about residential special needs schools. This will include evidence of good practice but also inadequate institutional responses to child sexual abuse. Regard will be had to topics including inspection and monitoring, the challenges of placing special needs children away from home, the complexities of emerging sexuality of children with special needs or disabilities. Five schools will be the focus of the oral evidence – Appletree, Stony Dean, Stanbridge Earls, Southlands and the Royal School Manchester.

For the purposes of the hearing the Inquiry has commissioned further research and expert reports. The combination of the closed schools reports, the evidence at the hearing and the information about phase 2 including the issues for consideration will no doubt be of interest to many involved not just in residential schools but also the wider education community. 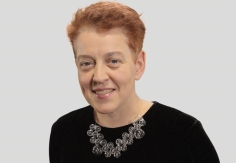