Readers of the blog will be aware that we have recently reported on serious issues that have arisen in respect of Tusla and the exercise of its statutory duties in our blog of the 21 June and 3 September 2019.

The Irish Child and Family Agency came in for further criticism in a judgment handed down in the Irish High Court on 2 September by Mr Justice Meenan.

The case before the High Court arose in circumstances where a teacher was accused of smacking a female student on the bottom and allegedly making inappropriate comments to her.

The teacher was suspended after allegedly making the inappropriate comments.

Following an investigation of the complaint in late 2015 Tusla made a finding that the teacher had engaged in child sexual abuse.

The teacher had denied the allegations but accepted that he may have come into contact with the female student accidentally.

The teacher brought judicial review proceedings against Tusla and the committee that had heard his appeal, challenging the finding against him.

Tusla’s finding that the teacher had engaged in child sexual abuse had been upheld on appeal but Mr Justice Meenan, in a reserved judgment, quashed Tusla’s decision and went on to find that the decision-making process by the Child and Family Agency had been fundamentally and seriously flawed.

In handing down his judgment Mr Justice Meenan said that “The seriousness and consequences of such a finding against a teacher cannot be understated,” and therefore he would have expected that in carrying out its investigations, reaching its decision and having an appeal hearing that Tusla would have afforded the teacher basic fair procedures.

Mr Justice Meenan found that this “had been far from the case” and in fact Tusla had failed to observe the most basic rules of fair procedures.

Mr Justice Meenan noted that Tusla had persevered with a version of the allegation that had been unsupported by the teenager’s written statement and had not put the teacher’s version of events to the female student. He said that “I do not see how Tusla could have reached a fair conclusion about the truth of the allegation without taking this basic step.”

In his reserved judgment Mr Justice Meenan also noted that a criminal prosecution against the teacher in the District Court had failed on the evidence of the female student herself.

It was also noted that in making its decision Tusla had taken into account another allegation made against the teacher in 2011, without attaching any sufficient weight to the fact that there had been a finding of no evidence of child sexual abuse made against him in the earlier incident.

Mr Justice Meenan was also critical of Tusla for having taken other alleged events into account without having informed the teacher of this or having provided him with an opportunity to respond to these matters. He said that “It ought to have been clear to the panel hearing the appeal that there was a failure by Tusla to observe even the most basic rules of fair procedure…” and he went on to find that “The appeal panel’s decision to the effect that the teacher had been afforded fair procedures is both irrational and unreasonable”.

This judgment is further evidence (if such evidence is needed) of the complex balancing of rights that must be undertaken by organisations when faced with allegations of this nature.

It also serves as a further reminder of the importance of actually investigating the allegations being made and not making assumptions based on what has happened in the past and what we think may have happened. Decisions taken in these circumstances must be evidence based or otherwise they will be capable of being challenged and set aside as in this case. 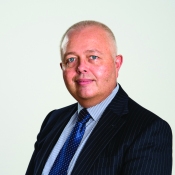