Following on from our blog last week dealing with the sexual abuse of children in Europe, there have been further developments in France, where French surgeon Joël Le Scouarnec is currently being investigated in relation to the alleged rape of two girls, aged four and six in Western France.

Le Scouarnec denies raping the girls but his lawyers have indicated that he has admitted to “deviant behaviour” with them. He is currently remanded in custody with the criminal trial scheduled to proceed before the end of the year.

While investigating these allegations the French police have found diaries belonging to Le Scouarnec. It is alleged that these diaries record details of sexual assaults of up to 250 children who were under his care. The diaries appear to cover the period from 1989 up until 2017, when Le Scouarnec was arrested in respect of the alleged rapes referred to above.

Lawyer for Le Scouarnec say that the diaries are “…fictionalised writings about his fantasies, however nauseous they are,” and that Le Scouarnec “…admits that his behaviour is inappropriate. It is almost a relief for him to have been arrested because he was in a spiral. He wasn’t able to do anything else.”

It has also been revealed in the course of the current investigations that Le Scouarnec was previously convicted of possessing images of child sexual abuse 14 years ago. He was given a four month suspended prison sentence at the time but he was allowed to continue to work as a surgeon up until his arrest in 2017.

Professional regulatory bodies and those organisations that employed Le Scouarnec after this conviction, will no doubt have difficult questions to answer in the course of this investigation.

The current investigations and admissions by Le Scouarnec emphasise the need for thorough background checks to be made when employing anyone, in any capacity, who may come into contact with children and vulnerable people in the course of their work and also that no one, regardless of their level of qualification should be immune from these stringent checks.

As the issue of vicarious liability remains a fluctuating and developing concept, the failure by organisations and employers to properly vet employees like Le Scouarnec may well in this jurisdiction give rise to findings that they are vicariously liable for the wrongful actions of their employee/individual akin to an employee and thus liable for payment of the associated compensation. 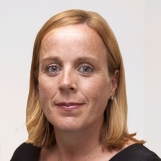