At long last the awaited decision from the Supreme Court in the case of CN & GN v Poole Borough Council was handed down on 6 June.

All have sympathy with the family’s experience of abuse from neighbours. The issue before the court was whether Poole BC as the local authority with the child care function should be held responsible for the actions of third parties.

The hearing before the Supreme Court took place on 16 and 17 July 2018 and the judgment has been eagerly anticipated by all those involved in litigation against local authorities for alleged negligence in the context of their conduct of child protection statutory duties and powers and whether there is a common law duty of care.

The judgment was summarised in court by Lord Reed. This was a unanimous decision dismissing the Appeal of the claimant appellants against the decision of the Court of Appeal from December 2017.

The development of the claim has been long and complex. The Appeal before the Supreme Court was the second claim against the council and focused on the council’s alleged negligent failure to exercise its powers under the Children Act 1989 to protect the claimants (two children) from harm from third parties.

The claim was presented on the basis of a direct duty by the local authority and vicarious liability for the alleged negligent failings of its social workers.

The claimants and their family were the victims of anti-social behaviour from neighbours causing physical and psychiatric injury. One of the claimants had a pre-existing disability and the other was so injured by his experiences that he attempted suicide.  Both were recognised as children in need for the purpose of the 1989 Act by the local authority. There was therefore some local authority engagement with the family.

One key fact, unlike other failure to remove claims, was that there was no criticism of parental care that would justify statutory intervention or removal. However the argument was made for the claimants that the local authority should have intervened and removed the claimants from their mother so as to protect them from harm by third parties.

In a very considered judgment the court reviewed the development of case law with particular emphasis on a line of cases since X v Bedfordshire [1995] and other cases on general common law principles, including more recent Supreme Court cases.

Lord Reed emphasised the distinction between causing harm and failing to confer a benefit rather than using positive acts/omissions terminology.

Although the claimants lost, failure to remove claims will not revert back to the 1995 position which excluded liability on public policy grounds (X v Beds) but will be decided on the basis of common law principles and an incremental approach.

On the facts of this case, the Supreme Court concluded, like the Court of Appeal but for different reasons, that the Particulars of Claim did not disclose any recognisable basis for a cause of action and the case should not proceed to trial to “what would be a costly but inevitably fruitless trial.”

If the local authority had acted as suggested by claimants’ counsel it would have had to apply to a Family Court and establish that thresholds and criteria under the 1989 Act had been established to justify removal of the children. This would have failed.

The judgment confirms that a duty of care may still exist in other cases and that such a duty cannot be excluded on public policy grounds. But it also confirms that local authorities are under the same obligations as private individuals, and not under an absolute duty to prevent harm caused by third parties.  The cases will be fact specific and judged by common law principles.

The judgment on the particular facts of this case is not surprising. The judgment does not rule out other more appropriate failure to remove claims being made. 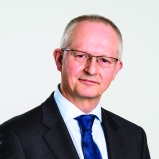