A significant focus of the Royal Commission (RC)  in Australia in the national inquiry in connection with child abuse was religious organisations. Given the results of the RC and of other similar inquiries, it is not surprising that IICSA has announced an investigation looking at child abuse and religion, this being in addition to the two current investigations into abuse in the Roman Catholic and Anglican churches.

IICSA’s terms of reference are wide and require consideration of all state and non-state organisations. As we have stated previously, to not broaden the number of investigations so as to look outside of the established churches would have seemed a failure to fulfil the terms of reference. Information given to the Truth Project has assisted to shape this investigation with 11% of those contributing to the Truth Project having reported sexual abuse in a religious setting and 24% of that figure identifying the organisations identified below as linked to that abuse.

The new investigation will be thematic; so rather than identifying specific religious organisations as its focus, it will take a series of themes and then seek evidence in connection with the same from a wide group of relevant individuals and organisations in England and Wales. The themes include the nature and adequacy of current child protection policies; training, vetting and barring; responding to allegations and processes for oversight of child protection practices; current applicable statutory frameworks; and the need for external oversight.

The remit of this investigation includes non- conformist Christian denominations, Eastern and Coptic Orthodox Communities, Pentecostal churches and independent charismatic and house churches, The Church of the Latter Day Saints, the Jehovah‘s Witnesses, Baptists, Methodists, Islam, Judaism, Sikhism, Hinduism, Jainism, Paganism and Buddhism. Consideration will include religious settings, places of faith tuition, youth groups and camps. The Inquiry is particularly interested in participation from BAME communities and those who work with women and girls.

To avoid unnecessary overlap this investigation will not consider teaching in schools run by religious organisations or tuition provided at home or voluntary youth provision which takes place in a religious setting but is not connected with it.

All religious organisations not previously involved in the Anglican or Roman Catholic investigations, and third party organisations which work in cowing safeguarding in a religious setting, should now consider their involvement with IICSA. Applications can be submitted for core participant status now and up to 13 June 2019. Alternatively an organisation might decide it has information to share but is able to do that as a material provider. There will be a preliminary hearing on 23 July 2019 with public hearings in 2020. 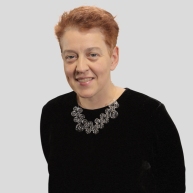