On the 9 January 2019 Human Rights Watch (HRW) published a very damning report on the state of adult social care services for older people in England. This is the first time that HRW has investigated the welfare system in the UK. This report follows on from last year’s investigation by the United Nations into extreme poverty in the UK, which concluded that the Government was failing its people due to its austerity policies.In England the Care Act 2014 provides that any individual who meets financial and needs criteria is entitled to government supported social support, known as social care. These services aim to promote wellbeing and independence, in addition to health and safety, by “supporting people to live as independently as possible, for as long as possible.” Day-to-day responsibility for providing social care services in England rests primarily with local authorities who are required by the 2014 Act to carry out needs assessments “for any adult with an appearance of need for care and support…” These assessments are normally carried out by a social worker employed by a local authority.  Under the 2014 Act, all local authorities must use the same eligibility standards in social care needs assessments and must fund at least part of an individual’s social care support if a person has less than £23,250 in savings and assets.  England has 152 local authorities with adult social care responsibilities.

Based on interviews with 104 people during 2017 and 2018 the HRW found that people are facing physical, financial and psychological hardship and are at risk of being denied adequate help to live independent, dignified lives. There is no government oversight of the social care assessments made by these local authorities and those who are unhappy with the assessments made have to appeal that assessment to the local authority, litigate through the courts or make a complaint to the UK’s Local Government and Social Care Ombudsman. (The Ombudsman’s office deals with complaints about local government councils and all adult social care providers, including home care agencies).  In recent years adult social care services have faced significant challenges including a cut of almost 50 per cent in government funding for local authorities and these challenges are evidenced by the large numbers of complaints that the Ombudsman’s office has received in recent times.

The Ombudsman’s 2018 annual report, released in November 2018, documented a 140 percent increase in social care complaints since 2010 and indicated that social care assessments are now among “the biggest areas of complaint.” The Ombudsman’s report also noted that the number of complaints indicated “a shift from one-off mistakes to problems with whole systems and policies, or procedures being incorrectly applied.”

HRW noted that the people with whom it spoke, and who filed an appeal regarding their social care assessment, lost services very soon after an assessment. This left them without the services they relied on pending the outcome of an appeal which, depending on the individual circumstances of the person bringing the appeal, can result in declines in health and well-being. The HRW Report made many recommendations to the UK Government, UK Parliament, Government Departments and Local Authorities, among them the following:-

In the last 10 years the population aged over 85 grew three times faster than the adult population as a whole and the number of older people needing publicly funded social care is due to increase by up to 70 percent by 2035.  What this tells us is that the challenges this sector faces today are only going to multiply going forward and it is likely that, if people feel their rights of access to adult social care services are not being respected, they may well feel the need to litigate on those rights. The Government and local authorities need to be alert to the findings of this report and respond to it. This would ensure that scarce public funds are not diverted from the provision of these services to the defence of civil litigation, arising from the alleged failure to ensure people’s rights to live independently in the community, to health and to private and family life. 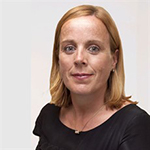