The Australian Royal Commission into Aged Care Quality and Safety has opened with a preliminary hearing in Adelaide this morning.

The Commissioners emphasised that, “The hallmark of a civilised society is how it treats its most vulnerable people, and our elderly are often amongst our most physically, emotionally, and financially vulnerable. Frail and elderly members of our community deserve to, and should, be looked after in the best possible way, and we intend to do our best to see that it happens.”

The Royal Commission had begun the process of gathering and analysing information and had held meetings with consumer groups, key government agencies and other stakeholders.

Information requests had been made to approved aged care providers and public submissions can also be made via the Commission’s website.

The major themes to be considered are:

A significant focus of the Commission’s work will be understanding how the aged care system currently works. This will involve some site visits and community engagement involving roundtable discussions.

On Christmas Eve the Royal Commission began receiving public submissions, to date, over 300 submissions have been received.

The first public hearing will be held on 11 February 2019 in Adelaide, continuing into the week of 18 February.

At these hearings evidence will be presented which will involve key features of the aged care quality, safety and complaints system, and how that system works in practice on a general level. There will also be information about the challenges faced by the aged care system.

As stated in our earlier blog on this matter, operators and providers of care for the aged and the vulnerable in the UK should be aware of developments at the Royal Commission.

The current crisis in this sector in the UK may well mean that a similar investigative Commission may be considered by the government here. 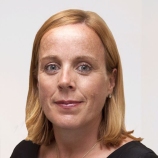 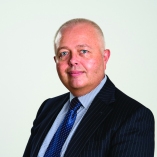