It has been reported in the press that the Football Association’s independent Inquiry into historical allegations of sexual abuse has found no evidence of organised institutional abuse or a cover-up.  The Inquiry, headed by Clive Sheldon QC, was launched in December 2016, following numerous high profile allegations of sexual abuse, and the final report is expected to be delivered to the Football Association in September 2018.  It is understood that the Inquiry team has to date interviewed 35 survivors of abuse and another 70 people who were involved in the sport at the relevant time.  It is also understood that the Inquiry team has had access to around 13,000 documents. The final report is still expected to be critical and to find failings by both individuals and football clubs themselves.  The Inquiry team is now writing to a number of institutions and individuals to give them advance warning of the contents of the final report so that they may have the opportunity to respond prior to the report being finalised.

In the meantime, earlier in July, George Ormond, who worked with youth football teams before coaching Newcastle United’s youth players in the 1990s was convicted of 35 charges of indecent assault and one of indecency relating to the period 1973-1998 and was jailed for 20 years.

Further, Bob Higgins, a former Southampton FC youth coach, has recently been found guilty of one count of indecent assault against a trainee and not guilty of another similar offence.  The jury was unable to reach verdicts on 48 other counts of indecent assault.  It is understood that the prosecution are now seeking a retrial. 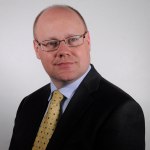