With the school summer holidays looming the NSPCC has warned that the potential for a further type of child abuse to be perpetrated arises, the forced marriage of children and young people.

In recent weeks a mother and  a set of parents have been convicted by juries in Birmingham and Leeds for facilitating the removal of their daughters from the UK to Pakistan and Bangladesh respectively  and using violence, threats or coercion to force, or attempt to force, their daughters into unwanted marriages.  These are thought to be the first convictions in the UK for such offences which were introduced onto the statute book by the Anti-social Behaviour, Crime and Policing Act 2014.

Charities such as Karma Nirvana (a charity for the victims of forced marriage) and the NSPCC have been reporting steadily rising numbers of calls to their helplines for those seeking advice and counselling.  The former organisation reports taking over 68,000 telephone calls in the last 10 years and 9,000 in the last alone.   In 2017 nearly 200 of those were from children or made on behalf of children under age 15.

Whilst predominantly it is women who are the unwilling victims the predicament is not theirs exclusively.  The Home Office’s Forced Marriage Unit has indicated that its caseload is split on an 80/20 female/male basis and it links the practice to communities from over 60 countries.

Victims face the ordeal common to all abuse sufferers,  that to participate in a criminal trial involves giving evidence against the perpetrators and in these cases one or both of their parents.  Guilt and fear of subsequent exclusion from communities can be significantly inhibiting factors.

Since the advent of The Forced Marriage (Civil Protection) Act 2007 there have been a variety of powers available to the family courts to protect potential victims.  Section 1 of that act inserted provisions into the Family Law Act 1996 enabling the courts to make Forced Marriage Protection Orders (FMPO). A FMPO is used both to prevent forced marriages from occurring, and to protect those who have already been forced into marriage. The order can relate to conduct either within or outside of England and Wales.

An order can include prohibitions, restrictions or requirements to protect a victim from a spouse, family member or anyone involved in the forced marriage. Such involvement may include aiding, abetting, counselling, procuring, encouraging, or assisting someone to force or attempt to force another to marry. FMPOs can last for a specified period of time, or for an indefinite period until varied or discharged in the court’s discretion.  They can also have powers of arrest attached in certain circumstances.

An additional feature of these cases is that the victims may or may not be known to their local social services department. The girl in the Birmingham case was.  She had been previously taken to Pakistan by her mother when aged 13 to meet her prospective spouse.  On that occasion she had become pregnant by him.  The pregnancy resulted in a termination in the UK and she became known to Birmingham social services.  Unsurprisingly her subsequent teenage years were turbulent and she was removed from her mother’s care by the local authority.  However, a full care order was not obtained and the placement was with the mother’s consent.  Contact was maintained giving the mother the opportunity to plan the marriage and groom the girl into going on holiday to Pakistan once more.  It also ensured the local authority did not have the power to refuse the mother’s request for the girl’s passport.

In respect of criminal sentencing in the Birmingham trial the mother received a four and a half year prison term.  The parents in the second trial have yet to be sentenced.  The judge acknowledged that it is presently a novel area with little relevant case law but gave an indication that they should expect a custodial sentence.

It remains to be seen whether trials of this nature will become more common place.  There may be an increase as victims gain encouragement from others coming forward and in time behavioural change may reduce the necessity. 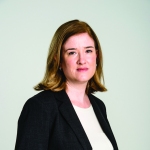 Authored by Sarah Firth, an associate with BLM