The conviction in 2000 of Harold Shipman of the murder of 15 of his patients signalled a watershed in  the relationship the public had with medical and other healthcare professionals who are there to care for them.

The Public Inquiry into Shipman’s actions found that he was probably responsible for the murder of around 250 of his patients. The Inquiry made many recommendations in its six reports to try to ensure that such tragic events could never happen again. Recommendations included changes to Death and Cremation Certification, the Coronial system, monitoring and disciplining of GPs, whistle blowing and complaints handling as well as improvements to the systems for the safe handling of controlled drugs in the community.

It was suggested that Shipman was a one-off but that proved not to be the case and during the following year inquiries were announced into the activities of four other doctors Richard Neale, Clifford Ayling, William Kerr and Michael Haslam. Further recommendations were made particularly regarding monitoring of therapy in a mental health context, guidance of and boundaries in long term therapeutic relationships and others.

Sadly more was to come with a series of patient deaths being uncovered at Mid-Staffordshire NHS Foundation Trust. Robert Francis QC chaired the subsequent Public Inquiry and made numerous recommendations in his report. Action followed on patient safety, openness on ward staffing, complaints and lessons learned by Trusts, and the introduction of a statutory Duty of Candour.  A new criminal offence of wilful neglect was also introduced.

It was hoped that the measures put in place would go some way to restoring the public’s faith in the NHS.

Yet again, it was not to be and in 2017 Ian Paterson, a Consultant Surgeon at the Heart of England NHS Foundation Trust and who also practised at two hospitals operated by Spire, was convicted on 17 counts of unlawful wounding. More lessons are to be learned it seems in both the public and private sector around patient safety.

As noted in our first blog on the subject of inquiries and the healthcare sector  a primary aim of the Paterson Inquiry is to give former patients and families of patients the opportunity to be heard. The ambit of the Inquiry will also cover how the independent sector and NHS communicate with each other and the comparative systems in place to ensure patient safety.

The Inquiry has also already signalled that it will be looking at the role of indemnifiers and insurers in relation to both information sharing and the arrangements for healthcare insurance and professional indemnity. The interface between the private sector and NHS will be looked at closely.

This of course comes against a background of fundamental change in the indemnity arrangements for medical professionals. Jeremy Hunt ,the Secretary of State for Health and Social Care, recently announced a new state scheme for GP indemnity in relation to claims.  The rising costs of indemnity premiums is  a source of concern for many doctors and has resulted from the rise in numbers of clinical negligence claims and the increase in the overall of cost of those claims. The problem has been compounded by the recent change in the discount rate which has pushed premiums yet higher.

This latest inquiry could have wide ranging and long term implications, not only for healthcare professionals working in the NHS and independent sector but for the hospitals themselves and those indemnifying both.

Those who appear before the Inquiry should be able to demonstrate that they have learned the  lessons from previous inquiries and that they are responsive to the need to closely manage, regulate and evaluate care in their organisations to ensure that all patients can have the utmost confidence in them and the individuals working within our hospitals. 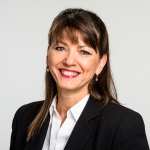 Authored by Sarah Woodwark, a Partner at BLM