Three reports have been published this year, the first two relate to investigations and the third is the over-arching interim report. Previous blogs have commented on these individually but it is clear that some patterns and key issues are emerging. Some of those relate to safeguarding and individual institutional responses. Others relate to issues associated with redress. These latter issues are considered below.

Delay  – between the abuse and the reporting of the same is deemed not an acceptable reason for action not to be taken. The interim report recommends that the passage of time no longer be used by the police as a reason not to investigate a complaint. The Inquiry has also recommended that changes be brought to the “same-roof” rule which applies to claims to the Criminal Injuries Compensation Authority if the abuse occurred prior to 1 October 1979. Whilst acknowledging there may be “significant practical challenges in considering cases prior to that date” the recommendation made is still that it should be possible for anyone who had their claim rejected on the basis of the same-roof rule to now reapply. Finally and not surprisingly the interim report also refers to the Limitation Act 1980 and the fact it has been identified as an obstacle to accessing justice. It is noted that “this is an important issue that the Inquiry will consider further….” and reference is made to Scotland as an example of a jurisdiction where this has been excluded. In noting the next steps for the Accountability and Reparations investigation the Inquiry has said “It will also consider the removal of the statutory limitation periods that currently prevent victims and survivors pursuing claims…” The intent in that regard could not be much clearer.

Apologies – the recommendation made in the Child Migration report was for all institutions involved in child migration programmes who have not apologised to do so as soon as possible. Those apologies to not only be made through public statements but specifically to the individual migrants each institution was responsible for. The significance of apologies will no doubt be a recurring theme throughout further investigations and the Inquiry is unlikely to have much sympathy for any organisation which says it is unable to apologise because of concerns about admissions of liability. The Compensation Act 2006 makes it clear that apologies do not amount to admissions although there have been some suggestions that that does not apply in a vicarious liability scenario. Such an argument would seem a matter of semantics which the Inquiry will have little sympathy for.

Redress – an immediate redress scheme was recommend in the child migrant report. The Archbishop of Canterbury was quizzed about the merits of a redress scheme, similar to an ombudsman type scheme. Since publication of the Rochdale report the possibility of some form of redress scheme is being considered by the relevant organisations. As Australia moves to the start of its national redress scheme it seems most likely that similar recommendations will be made for England & Wales. Organisations which have had responsibility for children in the past or have current responsibilities should be considering how they would fund and participate in any scheme in the future.

Insurance – the Association of British Insurers have been tasked with investigating the possibility of establishing a register of public liability insurers. That if possible will be advantageous not just for victims and survivors but also organisations receiving claims. Unfortunately it will not assist for those claims where insurance cannot be traced or never existed, particularly as Public Liability insurance has never been compulsory.

As the hearings proceed over the next few years and reports are published these will be topics which are commented on further. However organisations should not just wait for those recommendations but begin thinking now how they can address their approach to redress. 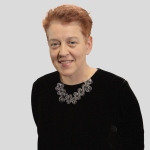