On 9 March 2018, the Domestic Abuse (Scotland) Bill, which we covered in our 12 February 2018 blog, became an Act of the Scottish Parliament upon the grant of Royal Assent. Its provisions will be brought into force at a later date by Scottish ministerial regulations.

On 4 April 2018, the Scottish Child Abuse Inquiry held a Procedural Hearing on an application to revoke certain statutory notices for witness statements. We understand that the Inquiry Chair, Lady Smith, will issue a written determination at a later date.

Part 2 of Phase 2 of Public Hearings at the Inquiry is scheduled to run from 24 April to early Summer 2018. That part will focus on the Nazareth House establishments in Aberdeen, Cardonald, Kilmarnock and Lasswade run by the Sisters of Nazareth.

Phase 3 of the Inquiry’s Public Hearings is planned to start in Autumn 2018. That phase will investigate residential child care establishments run by Quarriers, Aberlour and Barnardos.

Details of further phases, or parts of phases, have yet to be confirmed. It is anticipated that the Inquiry will investigate private boarding schools in 2019.

The Inquiry’s work, with an overall aim of raising public awareness of the abuse of children in care within living memory to no later than 17 December 2014, began on 1 October 2015. The cost of the Inquiry to the end of 2017 was just under £12m. The Inquiry is due to report to Scottish Ministers by October 2019 although that date may be changed by agreement. 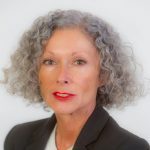