It has been one year since it was first revealed in the Guardian that former footballer Andy Woodward had been repeatedly abused as a child in the 1980s whilst he was a trainee at Crewe Alexandra.  It is reported that the Police are now investigating over 2,000 child abuse referrals in football, with a further 142 new referrals received since June this year.  Investigations are now being made into complaints involving more than 330 clubs and there are currently reported to be 748 victims of 285 perpetrators connected with the sport, with the numbers likely to continue to grow.

Additionally, it was reported recently that Clive Sheldon QC and his team, which is leading the independent investigation into child sex abuse in football, are receiving psychological counselling as a result of the details of the abuse being relayed to them by the victims.  The Guardian reports that Sheldon and the team felt they had a duty of care to each other, in order to encourage the uptake of counselling to prevent “secondary” or acquired trauma, also known as contagious post-traumatic stress disorder.

This is a reminder that cases of sexual abuse of this nature can have far reaching consequences, over and above the survivor of the abuse, and that there is a need to ensure that everyone concerned is provided with the appropriate care.

The inquiry team has so far reviewed over 1,200 boxes of documents from the FA’s archives, and met with 15 survivors. There are over 2,000 more boxes to be reviewed and at least 20-30 more survivors with whom they intend to engage.

The investigation itself has been delayed by four of the 46 county level associations not yet submitting their replies to the inquiry, however, this is reported as not having been a deliberate obstruction.  The inquiry is now expected to return its findings to the FA by April 2018. 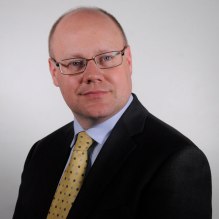