The issue of abuse and how it relates to our everyday lives was again highlighted in a new ruling in the High Court in Northern Ireland.  An unidentified woman has succeeded in obtaining an order against Facebook which requires them to freeze access to accounts held by two individuals. This comes in parallel proceedings to a claim by the lady against the individuals for damages for breach of privacy.  This order bans the users from accessing or altering their accounts in any way.

The lady had sent a “highly sexualised” picture to her former partner and this photo was posted online. The court accepted that the pages relating to the two individuals should be frozen to protect against any interference in the evidence and to compare against the explanations given for the picture appearing on their “pages”.  Mr Justice Stephens said “The information contained on those accounts will be vitally important in analysing whether their explanations as to publication of the photograph are correct”.

All parties have been given anonymity in the action and the connected case against Facebook Ireland Ltd for undermining the plaintiff’s independence and dignity.

The fields of media, social media, right to privacy and the field of abuse and claims related to abuse are coming ever closer with courts being more aware of the uses of social media and how the digital fingerprints of sites and the content of sites can influence the evidence before them.

Organisations and individuals need to be alert to anything they post on line as well as anything or anyone with which their online presence is associated.  An order freezing your account could be damaging to reputation as well as to your business 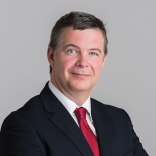