The Independent Inquiry into Child Sexual Abuse (IICSA) has provided further information and guidance in connection with applications for core participant status and the process for providing feedback and/or making complaints.

The IICSA does not anticipate there will be many, indeed if any, persons or organisations which will be designated as core participants for the whole of the Inquiry. Instead core participant status will be linked to individual investigations. The IICSA has announced its initial 12 investigations and within those has identified a number of specific case studies.

The organisations specifically identified in those investigations, or which are likely to fit in to the criteria identified above in the context of those investigations, should consider now whether they wish to apply for core participant status. The formal process for making an application in connection with some of the initial 12 investigations will start on 5 January 2016 when a further announcement is made. That will include details of the relevant timescales and procedures.

If core participant status is granted it means that the individual or organisation will:

The IICSA can under the Inquiries Act make awards to cover expenses, including reasonable legal costs, of core participants and witnesses. There is a wide discretion as to when to make an award of costs but Hon. Lowell Goddard DNZM has already indicated in her opening statement that she will ordinarily expect major institutions and organisations to fund their own legal costs. A costs protocol has been published which sets out when and how awards of costs will be determined including whether it is fair, reasonable and proportionate and in the public interest to do so. If costs are awarded then they will be qualified for example in terms of the nature and extent of work to be undertaken, who can undertake the work, the number of hours spent (generally no more than 40 per week with the potential for this to be increased to 60 hours per week during the oral hearings). Claims for loss of time (for example if a witness is required to give oral evidence) may also be awarded but again subject to the determinative factors mentioned above.

The hourly rates which will be awarded have also been specified and range from £75 for a paralegal/trainee; £150 for a solicitor with over eight years qualification; £100 for junior counsel; through to £180-200 for senior counsel.

The IICSA has also published a Feedback & Complaints Policy. This invites feedback from members of the public, including positive and negative comments and views on experiences of dealing with the Inquiry team and opinions on how they are carrying out their work.

Complaints can be made by anyone who had had direct contact with the IICSA or is directly affected by its work. Complaints (and feedback) are requested within three months of the matter in issue. The complaints procedure has a three stage review process with responses within 15, 15 and a further 30 days.

The IICSA is clearly seeking to ensure that it moves matters forward quickly, no doubt with regard to its overall five year timescale when set against a gargantuan task. Organisations which are effected by the initial 12 investigations should be considering their position now and whether they wish to apply for core participant status. Those not immediately affected should still be preparing for future involvement in these or further investigations. BLM has produced a useful guide to the inquiry, which can be downloaded here.

The range of issues and the size of the tasks the Inquiry faces continues to grow and inevitably so will the costs associated with it. There have already been a number of vocal critics of the Inquiry who may now seek to use the complaints process as a means of pursuing those criticisms. Lengthy time spent in considering those complaints in what is a tight timescale has the potential to divert resources from the core focus of the Inquiry. 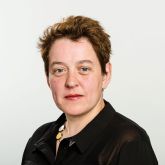